On February 18th, under the auspices of ClassiX festival, an important debate regarding the cooperation between Norway and Romania and the economic and cultural bilateral relations between the two countries took place at the Mayor House of Iași. Tourism, culture and building value chains that support country branding were the main topics that were addressed.

The event welcomed Mr. Eilif Gundersen, Deputy Head of Mission, and Mrs. Ana-Maria Bălan, Commercial, Cultural and Press Officer at the Royal Norwegian Embassy, Ionuț Eriksen, President of the Board, and Andreea Mitan, Executive Director of the Norwegian-Romanian Chamber of Commerce, entrepreneurs as Cristian Turc (VisitRomania.no) and Mihai Bulai (Iași.Travel), Sorin Gheorghiu (Iași Chamber of Commerce and Industry), as well as academics such as Crina Leon („Alexandru Ioan Cuza” University from Iași) and Andreas Sønning (Norwegian Academy of Music), alongside Dragoș Andrei Cantea and Roxana Patricia Butucel, organizers of ClassiX Festival, and Mihai Chirica, Mayor of Iași. The discussion was moderated by Dan Zaharia, founder of Fab Lab Iași.

Mayor Chirica saluted the fruitful cooperation between the two countries, as well as the possibility to strengthen the business ties in the future, through know-how and capital transfer. He also mentioned the essential role that Norway has in promoting and supporting the European culture.

The economic cooperation between Norwegian and Romanian organizations is solid

The opportunities for growth are numerous, as the participants to this event agreed. Over 60 Norwegian companies already operate in Romania, mainly in the field of shipbuilding industry, oil and gas, food processing and IT, and there is a growing interest from Norwegian companies to work with Romanian counterparts. The EEA and Norway Grants offer an exquisite incentive for organizations from both countries to build together and prosper.

From Mr. Eilif Gundersen, Deputy Head of Mission at the Norwegian Embassy, participants were able to learn more about the strategic collaboration between Norway and the European Union, based upon the common values of freedom and democracy. This collaboration unfolds under the auspices of the EEA Agreement, which gives Norwegian companies access to the EU market, and European, including Romanian companies, free access to doing business in Norway, Iceland and Lichtenstein.
As part of the relationship with the EU, „the EEA and Norway Grants is the contribution of Norway, Iceland and Liechtenstein to the common goal of social and economic cohesion and reduction of disparities in Europe. It means about 2.8 billion euros to the recipient EU countries for the period 2014-2021. Romania is the second largest beneficiary state, with a total allocation of more than 500 million euro for the period 2014-2021”. EU is now, by far, Norway’s largest export and import partner. And while Norwegian companies look into opportunities in Romania, they are met with great interest, added Mr. Gundersen.

NOROCC is here to connect organizations from Norway and Romania

International collaborations between Norwegian and Romanian organizations may benefit from the support of the Norwegian-Romanian Chamber of Commerce. Mr. Eriksen, President of NOROCC, underlined that the bilateral relations between Norway and Romania are and have been very good, and that NOROCC is the only Scandinavian Chamber of Commerce operating in Romania. Founded in 2010 in Oslo, NOROCC has a strong network comprising of entrepreneurs, lawyers, social activists, and representatives of a series of institutions, former mayors from Norway, representatives of various Chambers of Commerce, diplomats and economic attachés.

Tourism is one of the fields that are of particular interest for members of NOROCC, both from Norway and Romania. Cristian Turc, for example, who founded the travel agency VisitRomania.no, promotes Romania as a destination to Norwegian tourists, organizes tours in Romania for Nordic tourists and also hosts thematic events in Oslo, such as wine tastings, that bring Norwegian travellers closer to the Romanian culture. He reports that more and more Norwegians are interested in visiting Romania. More recently Moldova and Iași have been included on the destination list proposed to Norwegian tourists.

Iași county is known for the multicultural heritage and wonderful traditions, beautiful landscapes, good food and excellent wineries, said Mr. Eriksen. The local entrepreneurs in Iași area could benefit from promoting their offers to Norwegians travellers, who are some of the most passionate tourists in Europe: ~900.000 Norwegians made short week-end getaways outside the country during the 3rd trimester of 2019, while ~1.920.000 took extended vacations and spent, in average, 3000 euros/ vacantion between 2017 and 2018 (EUROSTAT). Traveling by plane is possible between the two countries, yet a direct flight Oslo-Iași could offer growth opportunities regarding tourism in Iași area and support related businesses.

Iași.Travel and the seven touristic routes in Iași

EEA and Norway Grants have been a stable and reliable source of growth for Romanian organizations, aiding public and private entities to bring positive change in the communities they embrace. A relevant example is the INTERFACE-IS project, developed by a group of members of the Faculty of Geography and Geology at „Alexandru Ioan Cuza” University from Iași. Mihai Bulai from Iași.Travel, project initiator and Vice Dean, and Crina Leon, Norwegian language and culture lecturer at the same university, presented the project results. Aiming at improving the overall touristic experience in Iași Municipality, the project consisted of designing seven thematic routes, honouring the multicultural heritage and the history of the former capital of Moldova, Iași. The routes can be followed by foot or by bicycle by willing visitors, in the company of professional guides or without them. This initiative consistently supported city branding and the overall positioning of Iași as touristic destination, enhancing the touristic experience.

International cultural entrepreneurship initiatives, be it financed through the Grants of not, can create sustainable growth and bring multiple benefits to all the parties involved. ClassiX festival, on its own, born during a winters’ night in Oslo, and created to bring Norway and Romania closer, is an example that stands on its own. Delving into the reasons behind building extended bilateral cultural events, Andreas Sønning, experienced artistic director, musician, professor and cultural entrepreneur, who also lectured as a guest professor at the National University of Music in Iași, explained to the audience the utmost importance of building sustainable value chains between culture, authorities, and businesses, in order to create longlasting partnerships and stable profits for communities, businesses, and artists. Dragoș Cantea, artistic director of ClassiX, spoke to the audience about the great opportunities that arise from understanding the natural relation between culture, business and tourism and expressed his will to continue the festival over the year to come. 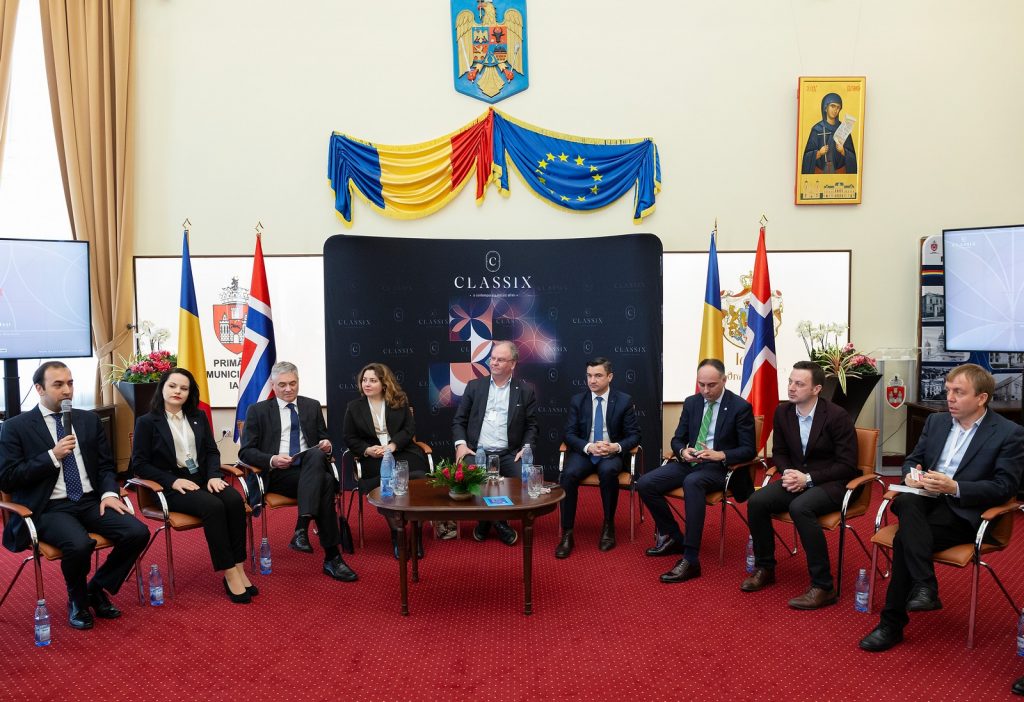 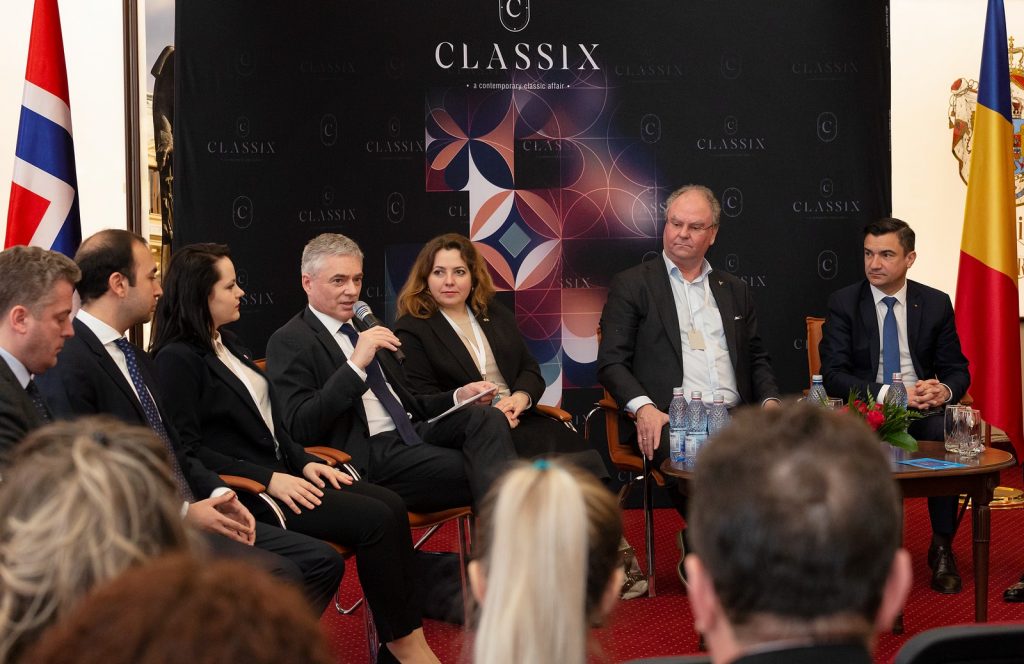 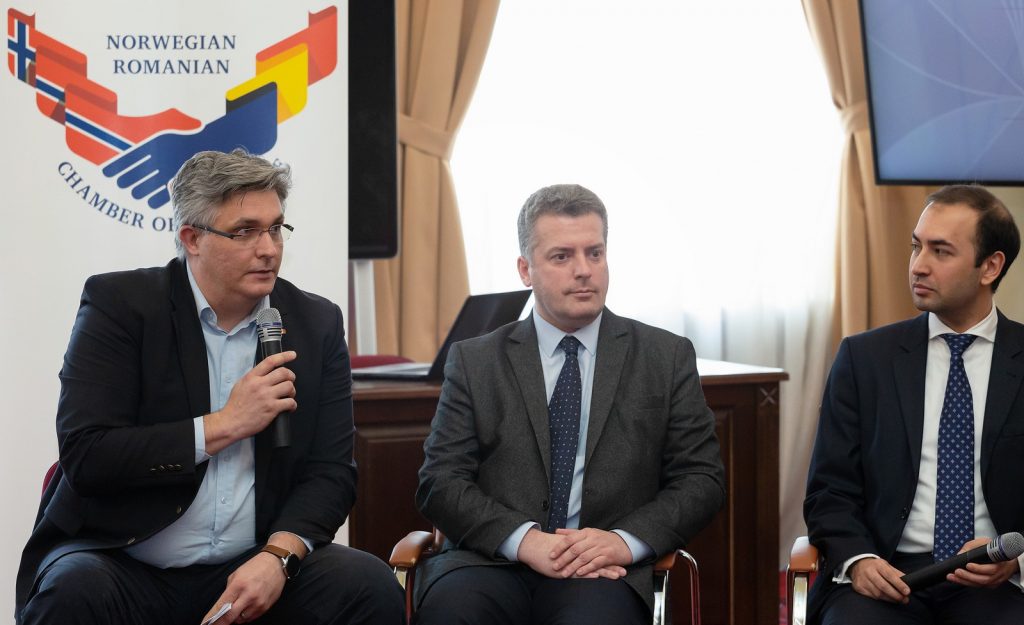 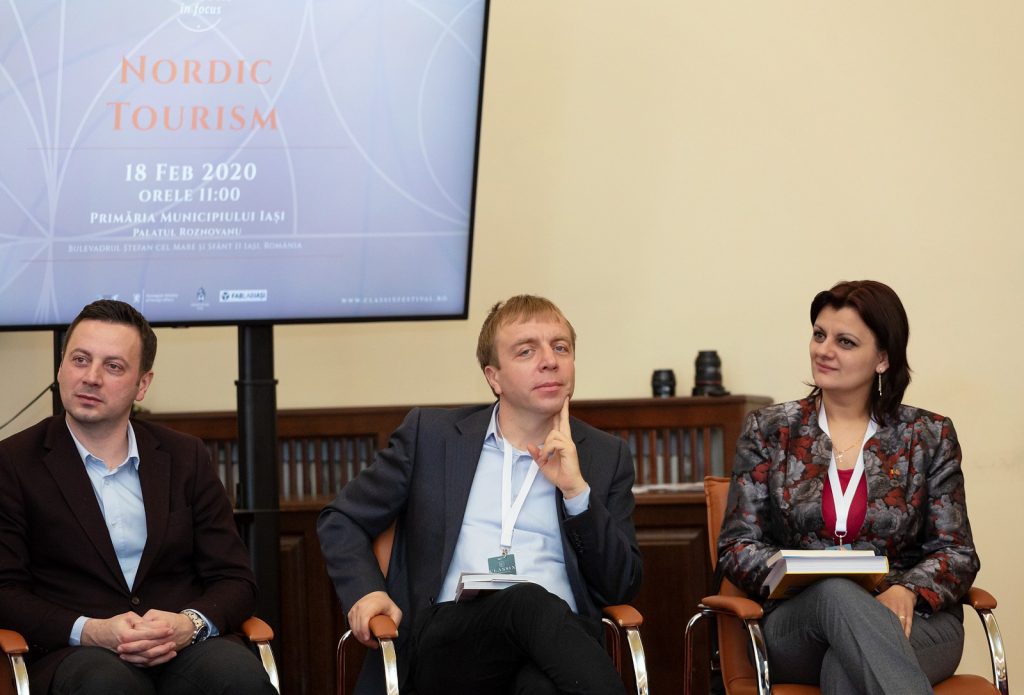 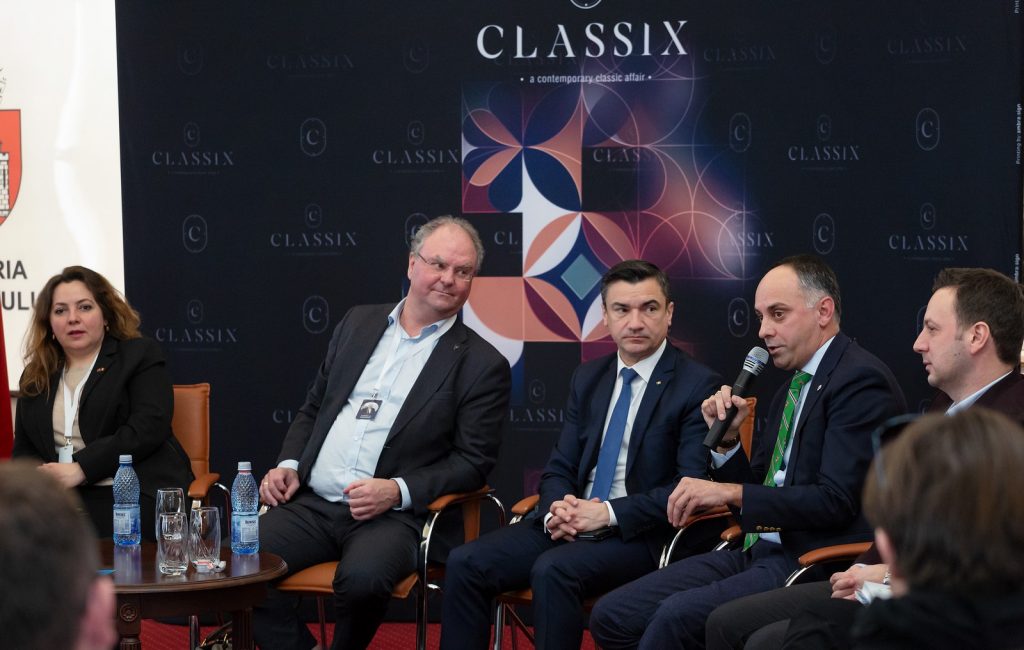 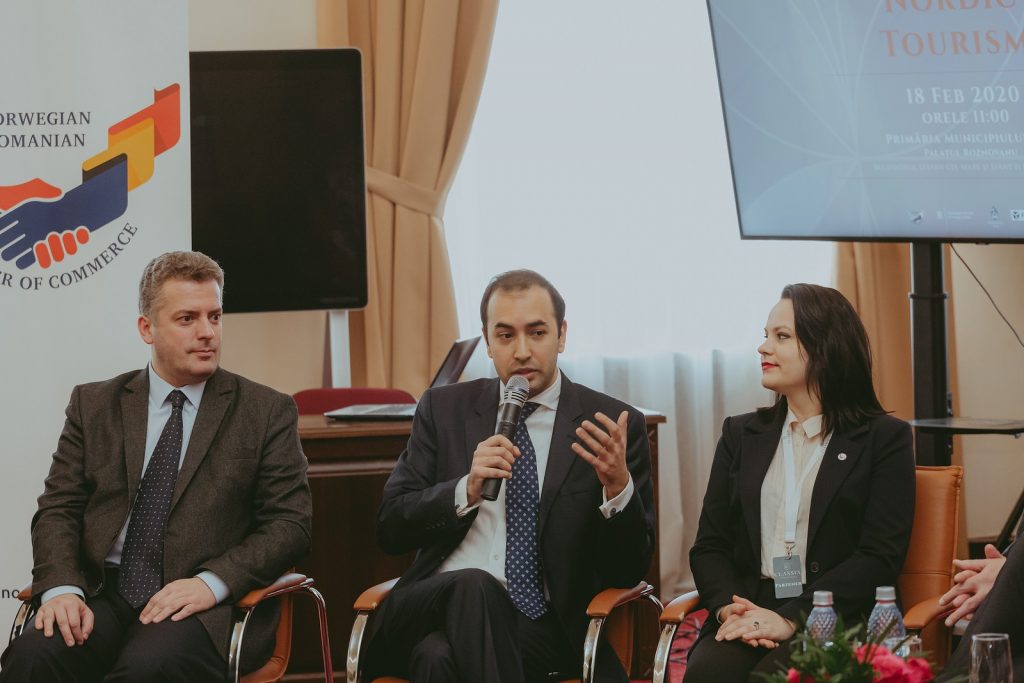 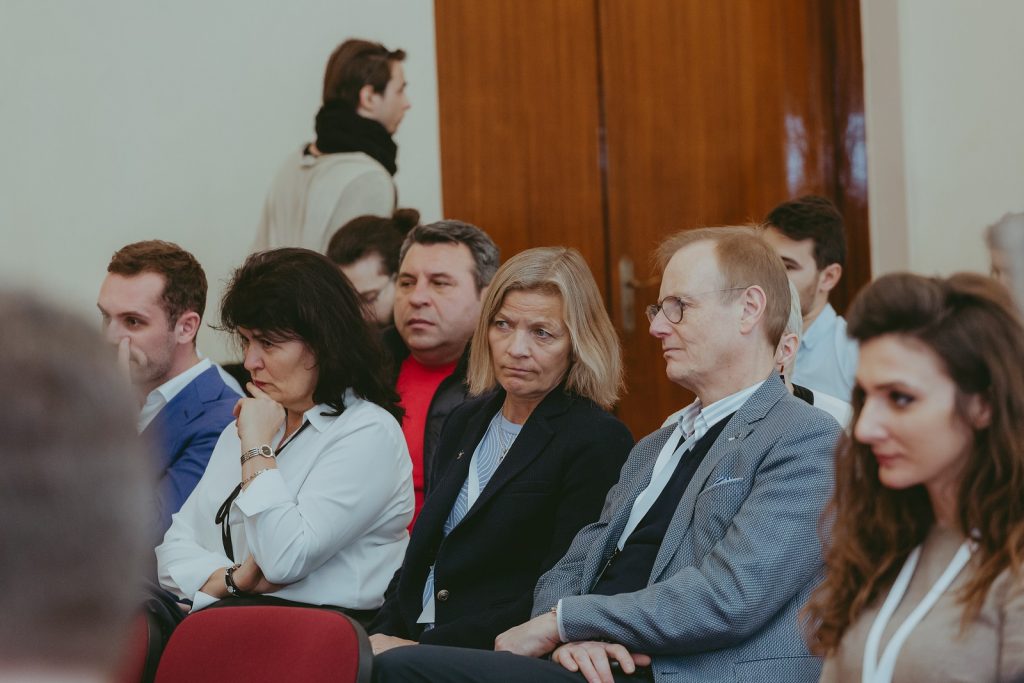 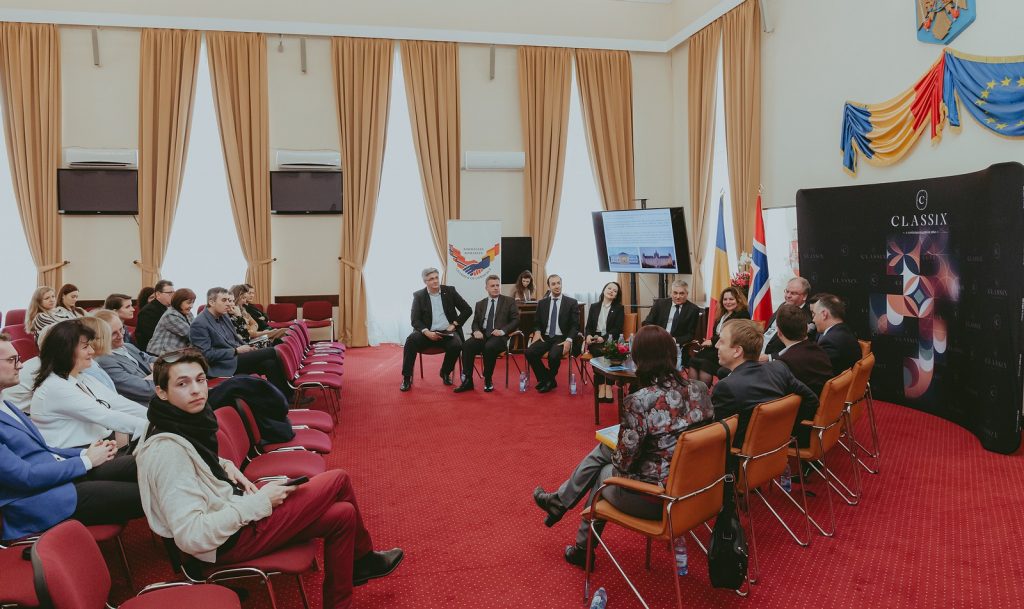